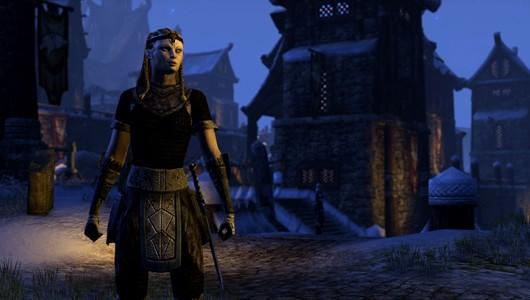 It's time again for ZeniMax Online to field community questions about The Elder Scrolls Online, and this week's Ask Us Anything post covers a wide range of topics from lore to PvP to raw game mechanics. Included in the entry are details regarding three-faction warfare, access to guild stores, the details of becoming an emperor, and plans to balance between factions.

ESO players will be able to participate in open sieges on controlled keeps, with the option for two competing factions to team up against the controlling faction or to battle the whole thing out in open warfare. Fans of smaller-scale PvP will be happy to hear that ESO will offer "lots of chance encounters" for open world combat and big-picture strategists will likely welcome the news that factions disadvantaged by numbers will receive special bonuses to help keep resource capturing fair.

Smaller details are also discussed; titles are still in consideration, achievements will exist for large quest chains and other feats, and Shadowscales will show their reptilian faces in various ESO locations.
In this article: Achievements, ama, ask-us-anything, bethesda, bethesda-softworks, bethsoft, console, daggerfall, developer, elder-scrolls, elder-scrolls-online, eso, factions, guild-store, morrowind, oblivion, open-world-pvp, pvp, rvr, sandbox, shadowscale, siege, skyrim, tamriel, tes, teso, the-elder-scrolls, the-elder-scrolls-online, three-faction-pvp, three-way-pvp, titles, zenimax, zenimax-media, zenimax-online, zenimax-online-studios
All products recommended by Engadget are selected by our editorial team, independent of our parent company. Some of our stories include affiliate links. If you buy something through one of these links, we may earn an affiliate commission.