Don't look now, but there's some more, ahem, feature creep coming to Star Citizen. OK, not really, but Cloud Imperium has announced the $21 million stretch goal, and it is "a major gameplay feature we have been hoping to include," according to Chris Roberts' latest letter from the chairman. The feature is salvage, and "salvage isn't an aside: It's a career with its own mechanic, story tie-ins, and universe-shaping endgames."

The dev team has also released some new concept art of a female explorer avatar, and Roberts also takes a moment to outline the options for continuing the fundraising campaign beyond the original fully-funded mark. "The more funds we can raise in the pre-launch phase, the more we can invest in additional content and perhaps more importantly we can apply greater numbers of resources to the various tasks to ensure we deliver the full functionality sooner rather than later," he explains.

There's currently a poll at the end of the letter that offers three options for crowdfunding continuation. As of press time, 88% of the 13,000 respondents have voted to continue crowdfunding extra features and development milestones.

In this article: chris-roberts, cloud-imperium, cloud-imperium-games, crowdfunding, internet-spaceships, kickstarter, salvage, salvaging, sandbox, sci-fi, spaceship, star-citizen, star-citizen-salvage, star-citizen-salvaging
All products recommended by Engadget are selected by our editorial team, independent of our parent company. Some of our stories include affiliate links. If you buy something through one of these links, we may earn an affiliate commission. 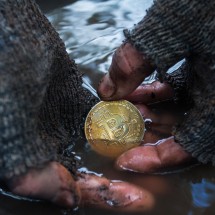