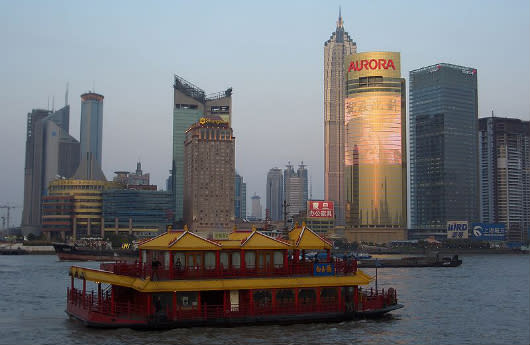 Microsoft has partnered with Chinese media company BesTV to develop games and related services in China, initially called E-Home Entertainment Development. Microsoft and BesTV are investing a total of $237 million, with BesTV holding a 51 percent stake in the company and Microsoft holding 49 percent, Xinhua reports.

Microsoft will choose E-Home's CEO and BesTV will appoint the board chairman, the site says. BesTV is a subsidiary of Shanghai Media Group and has 18 million IPTV subscribers across China, southeast Asia and eastern Europe.

The company will likely be registered in the new free trade zone in Shanghai. Theoretically, the free trade zone will allow China to enter the international financial market on a level that is impossible with banks closed at the borders.

In January, we reported that China was reconsidering its ban on game consoles, which was enacted in 2000 in the interest of protecting children's development. Microsoft launched a Chinese-language Xbox Live site in August 2012. Other companies have also been looking to the Chinese market, and in July 2012 the PlayStation 3 passed safety certification in China, valid through 2016.
In this article: bestv, china, e-home-entertainment-development, microsoft, Shanghai, xbox
All products recommended by Engadget are selected by our editorial team, independent of our parent company. Some of our stories include affiliate links. If you buy something through one of these links, we may earn an affiliate commission.