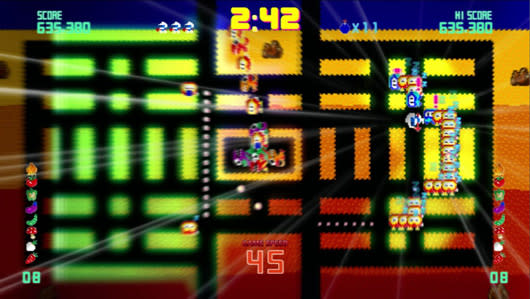 This week's launch of Pac-Man Championship Edition DX+ brings plenty of DLC in tow, extending Pac-Man's ghost-munching reign of terror in a new series of levels based on classic Namco arcade games like Dig Dug and Rally X.

Pac-Man Championship Edition DX+ is up for purchase on Steam. This week's batch of new DLC is also available for the Xbox 360 and PlayStation 3 versions of Championship Edition DX.
In this article: microsoft, namco-bandai, pacman-championship-edition-dx, pc, playstation, playstation-network, ps3, xbox, xbox-live-arcade
All products recommended by Engadget are selected by our editorial team, independent of our parent company. Some of our stories include affiliate links. If you buy something through one of these links, we may earn an affiliate commission.