When I freed the Dread Masters on the prison world of Belsavis, little did I know that a year and a half after the launch of Star Wars: The Old Republic, I would not only be fighting against these amazing foes but trying to destroy them. As I mentioned the last couple of weeks, the Empire and the Republic found the secret base of the Dread Masters on the planet Oricon, where they have been hiding and experimenting on the local fauna while amassing their subjugated army.

Eventually, a strike team will have to invade the Dread Master's fortress, and in the two new operations of Update 2.4: The Dread War, you will get to do just that. Although I'm still not sure where this falls on the fun scale when compared to other SWTOR operations, I can tell you that it is challenging and exciting. I'll break it down for you, and if you hadn't guessed already, there will be spoilers. That said, I will limit the story-related ones.

As I said, the Dread War update takes place on the planet Oricon, which for our purposes consists of a small island in the midst of water and lava. The Republic and a small batch of Imperial forces have landed, or more appropriately, crashed on one side of the island, with the Dread Master's base on the other side. Both Republic and Imperial forces have been reduced to less than a platoon of soldiers and just a couple of Jedi and Sith. These forces are attempting to hold back the mental assaults of the five remaining Dread Masters. The sixth one was killed on Darvannis in the Scum and Villainy operation. Remember this, because it will be important when you start the story for Oricon.

Without giving away too many spoilers, this small group of soldiers and Force wielders are all that stands between the Dread Masters and the total annihilation of the galaxy. And when I say galaxy, I mean the whole galaxy. These Dread Masters are some bad dudes with some bad plans. Not to put too much pressure on you, but if the Dread Masters are not stopped in the final assault that takes place over these two operations, then everyone is doomed. What is involved in these operations? Let's start with the Dread Fortress.

The first operation leads players through the initial defenses of the Dread Master's inner sanctum. In the way are five bosses: Nefra, Gate Commander Draxus, Grob'thok, Corruptor Zero, and lastly, Dread Master Brontes. Obviously, I don't have time to get into the mechanics of each of these fights here, but I will give you an overview of what they do and what to watch for as you step in to tackle them.

Nefra, Who Bars The Way, is the cerberus of the fortress, except this creature isn't a dog with three heads, it's a giant bug with a hell of a punch. In fact, the frontal cleave is so strong that one tank cannot take the full brunt of the hit. Thankfully, if there are two people standing in front of the creature when its fighting, then the damage will be equally distributed between the two tanks.

Gate Commander Draxus acts as the puzzle boss for this operation, but he's not really the puzzle. Getting to him is. There is a series of gates that specific players will have to unlock in order to get to the main gate that he guards. Quick tip: Blue equals tank, green equals healer, and purplish red equals DPS. Remember that, and the gates should be little trouble. (After a bit of investigation, this quick tip, might not apply. I will investigate further to let you know for sure.)

We saw Grob'thok in the preview of Oricon from the Chicago Cantina Tour. He is the rancor that everyone clamored on about. He looks amazing. Unfortunately for him and fortunately for you, a good chunk of his body and one of his arms is made of metal. This makes him very susceptible to magnetic forces, like some sort of wandering electromagnet. But be careful, you are just as susceptible to this magnet as he is.

I can tell right now that my raid group will likely have difficulty with Corruptor Zero, the other boss whose concept art was featured at the tour. Generally, we don't have DPS issues unless we are just tremendously under geared, but we do have trouble avoiding the pools of bad and mega lasers. Corruptor Zero does both, thankfully not at the same time. Be wary of his second phase, he does fire a giant laser that will one-shot any group member.

Lastly, we fight our second dread master (the first one in this operation): Brontes. From the onset, this fight appears to be a combination of the Terror from Beyond fight, Kephess, and Dread Master Skyrak. Be prepared for a movement- and heal-intensive fight. And those who were looking for another return of Kephess, you might just get your wish. In fact, we should probably just assume that Kephess will appear in every other operation from now on.

From my perspective, BioWare appears to recognize the weaknesses it's created by balancing classes for PvP. Although there is certainly a gear-check, the fights do not appear to be DPS intensive. Although some classes will likely perform better than others, I don't think that any one advanced class will have an issue hopping through this operation. I heard progression raiders state that these operations have moved from being DPS-intensive and precise to movement-intensive, perhaps to compensate for the weaker DPS output of certain classes. And from what I can tell, the fights appear to be a bit more melee-friendly than in former operations even though there is still a lot of movement.

Next week, I will tackle the last bit of Oricon, but in the meantime, don't miss my guild's livestream of the Dread Fortress this Wednesday. You can learn the specifics of the fight and cheer us on as we attempt to take on the Dread Masters for the first time. I hope to see you there.

In this article: bioware, dread-masters, dread-war, ea, electronic-arts, endgame, featured, hyperspace-beacon, kephess, Kephess-the-undying, lucasarts, operation, operations, opinion, oricon, raid, raiding, raids, sci-fi, star-wars, star-wars-the-old-republic, swtor, the-dread-war, the-old-republic, tor, update-2.4
All products recommended by Engadget are selected by our editorial team, independent of our parent company. Some of our stories include affiliate links. If you buy something through one of these links, we may earn an affiliate commission. 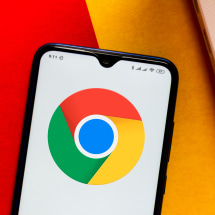