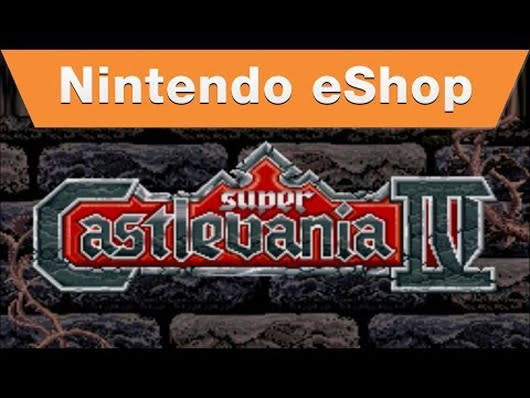 Following up on a trilogy of 8-bit releases, Super Castlevania 4 brought the series to the Super NES in 1991 with multidirectional whip attacks, screen-filling boss encounters, and a boatload of showy Mode 7 background effects, as was the popular thing to do at the time. The Wii U version offers a series of upgrades over the game's 2006 Virtual Console release, including off-TV play, savestate support, and Miiverse integration.

Super Castlevania 4 will be priced at $7.99 when it launches in the eShop on October 31. Players who previously purchased the Wii Virtual Console version can upgrade to the Wii U edition for $1.50.
In this article: eshop, konami, nintendo, super-castlevania-4, super-nintendo, virtual-console, wii-u
All products recommended by Engadget are selected by our editorial team, independent of our parent company. Some of our stories include affiliate links. If you buy something through one of these links, we may earn an affiliate commission.