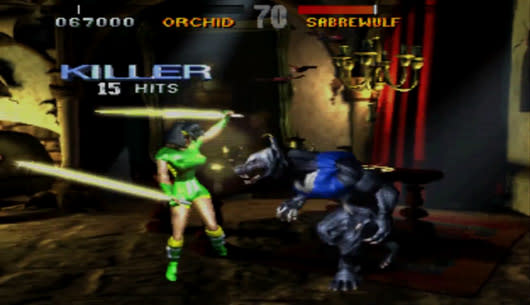 Producer Torin Retting revealed that Killer Instinct Classic will feature both the original arcade version (v1.4) and the upgraded ROM revision 1.5D, which fixes a number of glitches and infinite combos discovered after the game's initial release. The port will also feature CRT-emulating scanline options, a training mode, and sprite galleries.

Retting additionally notes that Killer Instinct Classic will only be included in Killer Instinct's Ultra Edition and boxed Pin Ultimate Edition, and will not be sold separately.
In this article: arcade, double-helix, killer-instinct, killer-instinct-2013, microsoft, rare, xbox-one
All products recommended by Engadget are selected by our editorial team, independent of our parent company. Some of our stories include affiliate links. If you buy something through one of these links, we may earn an affiliate commission.