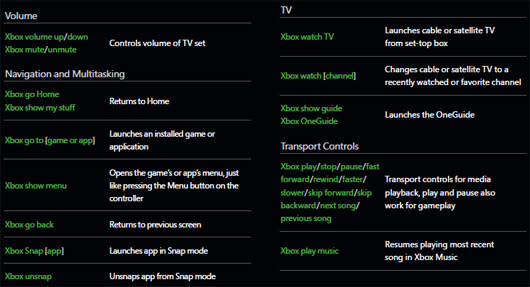 The list documents everything from basics like "Xbox, on," to more specific commands regarding the console's Snap functionality. It also reveals a handful of alternate commands, allowing you to amaze and bewilder your friends by using the more colloquial "Xbox, show my stuff!" instead of "Xbox, go home."
In this article: kinect, microsoft, xbox, xbox-one
All products recommended by Engadget are selected by our editorial team, independent of our parent company. Some of our stories include affiliate links. If you buy something through one of these links, we may earn an affiliate commission.