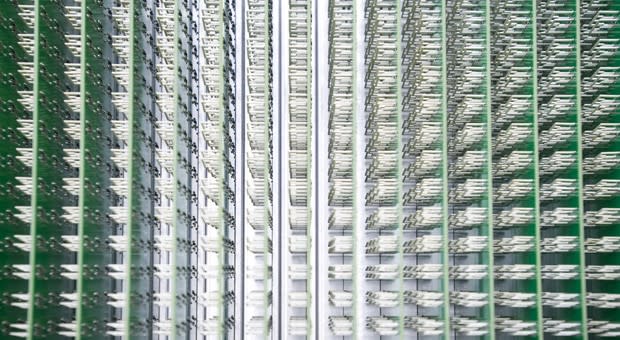 Cable operator Cablevision agrees with its competitors that streaming startup Aereo is illegal, but warns that the legal approach taken by the other cable and broadcasting giants could render services like Apple's iCloud, Amazon's Cloud Player -- and, of course, Cablevision's own remote DVR service -- illegal. In a white paper released today, Cablevision expanded on earlier arguments it made against both Aereo and the rest of the indusry, saying that the approach taken against Aereo "would imperil consumers' rights to use innovative technologies, such as popular digital locker services like the Apple iCloud, Amazon Cloud Player and Google Play Music."

Cablevision, like the rest of the industry, considers Aereo illegal, saying the service "violates the copyright laws because it retransmits broadcast content without a license." However, Cablevision calls its competitors' claims that Aereo's service creates illegal "public peformances" of broadcasts a "radical" interpretation of the law, which, if upheld by the courts, could "attack the legal underpinning of all cloud-based services, everything from the Apple iCloud to Cablevision's own remote storage DVR service. In short, the broadcasters are asking the Court to throw the baby out with the bathwater – a move that could cripple cloud-based innovation in the U.S."

At the core of the argument is the 2008 case in which the courts rejected the argument that Cablevision's remote DVR service was engaged in illegally rebroadcasting programming. The case against Aereo, according to Cablevision, not only goes against that decision, but also threatens cloud-storage services like Amazon Cloud Player, since those services, like Aereo, create "public" performances by allowing consumers to play back cloud-stored versions of music they own.

Cablevision previously sided with the rest of the industry against Aereo, and argued that its cloud-based services, unlike Aereo's, were legal. It switched tactics, adopting its current champion-of-emerging-technology approach after the rest of the industry decided to take the case to the Supreme Court. Of course, as of now, all arguments against Aereo are moot, since the courts have so far rejected industry claims, and the Supreme Court has yet to decide whether it will take the case.

In this article: aereo, Cablevision, hdpostcross
All products recommended by Engadget are selected by our editorial team, independent of our parent company. Some of our stories include affiliate links. If you buy something through one of these links, we may earn an affiliate commission.