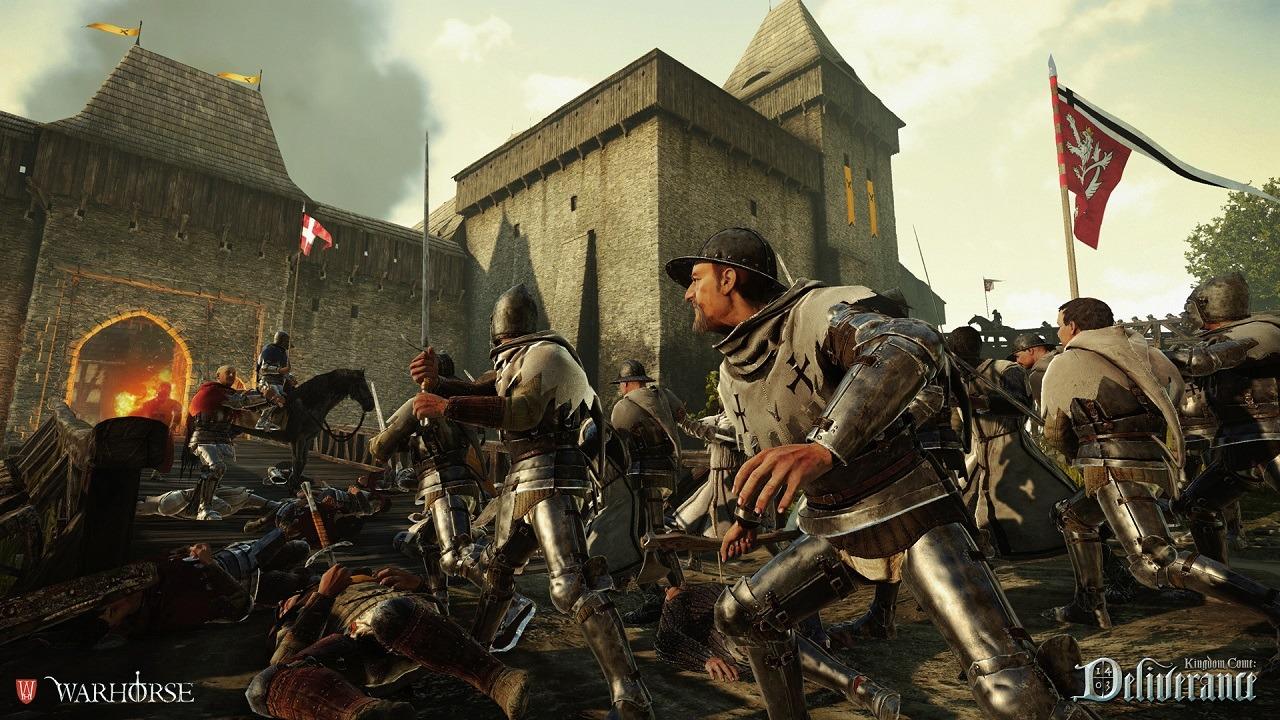 Warhorse Studios delivered a teaser trailer and name for its upcoming RPG today, now known as Kingdom Come: Deliverance. The indie Czech developer, founded in 2011 by Mafia and Mafia 2 designer Daniel Vávra, noted that the game is expected to arrive in 2015 for PC and unspecified next-gen consoles.

Kingdom Come: Deliverance will take place in the "Holy Roman Empire during the late Middle Ages," in which players can engage in first-person hand-to-hand combat, sieges and large-scale battles. Unlike other games that draw inspiration from the era, Warhorse Studios promised "no magic, high fantasy or mythical overtones" in its description of the game, but will instead focus on "historically authentic characters, themes and warfare." Among those themes is the struggle for the right to sit on the throne and hold power over the kingdom, which will be central to the game's plot.

The developer also recently issued a blog that described its lengthy trials in finding a suitable publisher for the open-world RPG and where it stands currently in its endeavors.
Show full PR text
Warhorse Studios Brings the Open World to the Old World with
Kingdom Come: Deliverance

Leveraging decades of combined experience in AAA game development, including titles in the Mafia, Crysis, ArmA and Operation Flashpoint franchises, the creative talent powering Warhorse Studios is well-versed in pushing the boundaries of RPG storytelling in sprawling, immersive environments. "The team's ambition for Kingdom Come: Deliverance is growing this ever-maturing sandbox genre in a believable, real-world context and scope," remarked studio Creative Director Dan Vávra. "To that end, we're harnessing CryENGINE®3, nonlinear narrative, varied freedom in character progression, and a consequence-laden living world in ways that have never been possible until now."

Rooted within the Holy Roman Empire during the late Middle Ages, Kingdom Come: Deliverance promises a first-person seat to a harsh and brutal power struggle for the throne. As players traverse expansive, strikingly detailed locales, they'll grapple with a range of period-accurate fighting techniques, horseback combat, open-field sieges, and large-scale battles, all while developing relationships and a reputation that will inform the greater story. Kingdom Come: Deliverance promises no magic, high fantasy or mythical overtones - it draws its inspiration instead from historically authentic characters, themes, and warfare.

About Warhorse Studios
Based in Prague, Czech Republic, Warhorse was founded in 2011 by Dan Vávra, creator of Mafia and Mafia 2, and Martin Klíma, formerly of ALTAR (Original War, UFO trilogy). The team, including Lead Designer Viktor Bocan (Operation Flashpoint), has ramped up in 2013 to include an experienced roster of industry veterans, with a combined track record of dozens of games published and millions of copies sold. For additional information, please visit www.WarhorseStudios.cz.
In this article: announcement, Indie, kingdom-come-deliverance, Mafia, Mafia-2, microsoft, open-world, pc, playstation, ps4, rpg, teaser, warhorse, warhorse-studios, xbox-one
All products recommended by Engadget are selected by our editorial team, independent of our parent company. Some of our stories include affiliate links. If you buy something through one of these links, we may earn an affiliate commission.