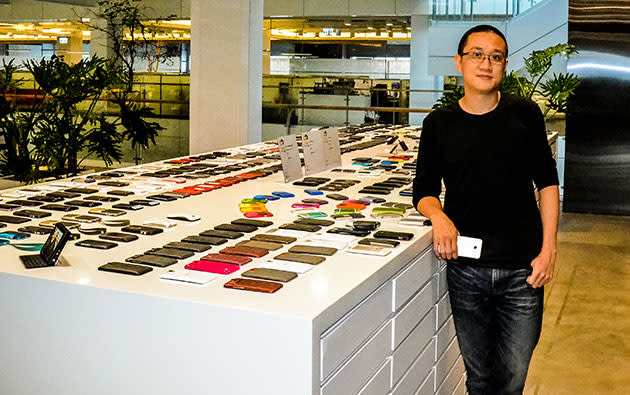 Earlier today, the Taipei District Prosecutor's Office concluded its investigation on the HTC saga that mainly involved ex-lead designer Thomas Chien (pictured above). The report indicts the ex-VP for leaking HTC's upcoming icon designs -- likely from the yet-to-be-released Sense 6.0 -- by way of a presentation, which was shown to his then-future business partners for a new company they were forming together. There's no mention on whether the other party was tied to the Chinese government, as previously rumored, but the meeting was known to have taken place in Beijing back in June.

The investigation also confirmed that Chien's naughty crew managed to rake in NT$33,566,000 or about US$1.12 million, in the form of false expense claims plus kickbacks from a supplier. In case you forgot, about a quarter of that cash was found inside Chien's Audi, with another quarter confiscated from him separately earlier.

The prosecutors said while most other perpetrators have admitted to their wrongdoings, Chien continued to defend himself and remained in denial of some of his crimes. The court is therefore advised by the report to offer a heavy sentence for the traitor's "malignant" behavior.

In this article: china, fraud, gear, htc, justinhuang, mobile, mobilepostcross, prosecution, thomaschien
All products recommended by Engadget are selected by our editorial team, independent of our parent company. Some of our stories include affiliate links. If you buy something through one of these links, we may earn an affiliate commission.