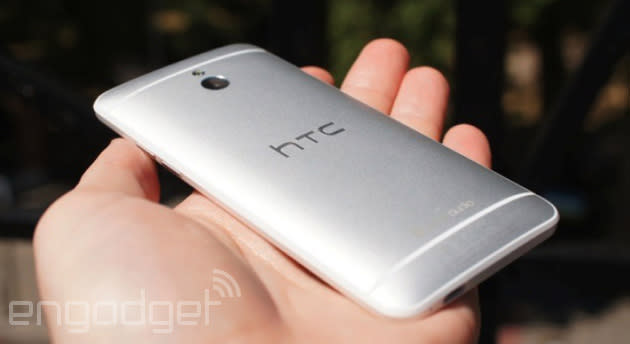 Nokia is clearly on a roll in the courtroom as of late -- following lawsuit wins in the Netherlands, the US and the UK, the company has landed a German injunction banning all of HTC's Android-based devices. The ruling lets Nokia provisionally block the sale of the One and other Google-powered hardware that allegedly infringes on a patent for peer-to-peer sharing over Bluetooth and NFC. HTC is expected to appeal the decision; Google is trying to invalidate the patent, but its move won't come in time to avoid or delay the ban. There won't be much else the two firms can do in the meantime. As with a similar defeat in March, HTC will have to either change features or strip them out to keep doing business.

In this article: android, bluetooth, htc, htcone, lawsuit, mobilepostcross, nfc, nokia, one, patents, smartphone
All products recommended by Engadget are selected by our editorial team, independent of our parent company. Some of our stories include affiliate links. If you buy something through one of these links, we may earn an affiliate commission.