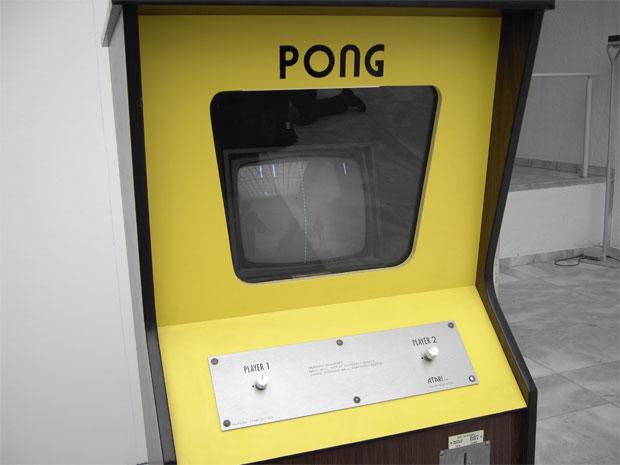 Atari Inc. has filed for bankruptcy protection, looking to separate from its not-so-profitable French owners and pitch for independent funding. In the process, the elder statesman of gaming has secured $5.25 million of debtor-in-possession financing and will aim to sell assets, including its famous logo (which is already licensed out) and games like Pong, Asteroid and Tempest, in the next 90 to 120 days. In the last few years, Atari Inc. has shifted its focus from traditional retail gaming to digital titles and licensing, with mobile platforms proving especially lucrative for the parent company, Atari SA. The gaming arm is aiming for a return to former glory and, it hopes, the chance to go another 40 years.

Today Atari Inc., Atari Interactive Inc., Humongous, Inc. and California US Holdings, Inc. (collectively, the "Companies") filed petitions for relief under chapter 11 of the United States
Bankruptcy Code in the United States Bankruptcy Court for the Southern
District of New York. With this move, the U.S.-based Atari operations seek to
separate from the structural financial encumbrances of their French parent
holding company, Atari S.A. (formerly Infogrames S.A.) and secure independent
capital for future growth, primarily in the areas of digital and mobile games.

Within the next 90-120 days, the Companies expect to effectuate a sale of all,
or substantially all, of their assets in a "sale free and clear" under section
363 of the Bankruptcy Code or to confirm plans of reorganization that accomplish
substantially the same result. These assets include not only one of the most
widely recognized brand logos, which is familiar to 90% of Americans, according
to a recent survey, but also legendary game titles including Pong, Asteroids,
Centipede, Missile Command, Battlezone and Tempest. Other recognized brands
include Test Drive, Backyard Sportsand Humongous.

Under current management, Atari Inc. has shifted its business from traditional
retail games to digital games and licensing with an increased focus on
developing mobile games based on some of Atari's most iconic and enduring
franchises. With these moves, the company has added new revenue models,
including digital download and advertising. As a result, Atari Inc. has become a
growth engine for Atari S.A., which in turn has reported consecutive annual
profits in 2011 and 2012.

The company has recently launched a slew of chart-topping titles for iOS and
Android mobile platforms, including Atari Greatest Hits, Outlaw, Breakout and
Asteroids Gunner. The company has previously announced upcoming mobile and
tablet games based upon the popular Rollercoaster Tycoon franchise and Atari
Casino.

The Chapter 11 process constitutes the most strategic option for Atari's U.S.
operations, as they look to preserve their inherent value and unlock revenue
potential unrealized while under the control of Atari S.A. During this period,
the company expects to conduct its normal business operations.

The U.S. companies are also seeking approval to obtain $5.25 million in
debtor-in-possession financing from one or more funds managed by Tenor Capital
Management, a firm specializing in convertible arbitrage and special situations.
Each unit has filed a number of traditional "first-day" pleadings, which are
intended to minimize any disruption of their day-to-day operations.

In this article: atari, atari sc, AtariSc, bankrupt, bankruptcy, Chapter11, pong
All products recommended by Engadget are selected by our editorial team, independent of our parent company. Some of our stories include affiliate links. If you buy something through one of these links, we may earn an affiliate commission.