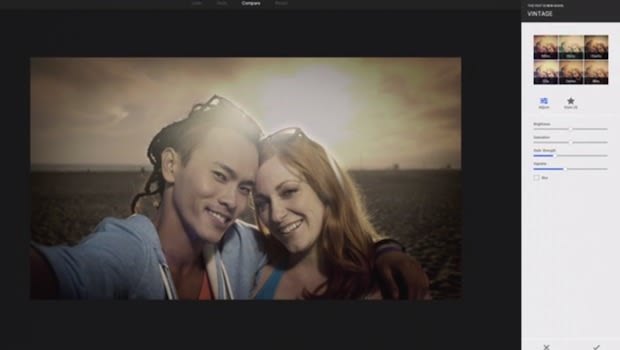 Google added Snapseed photo editing to its Google+ apps on Android and iOS back in March, and now it's bringing them to the desktop. The new tools include Auto Enhance, selective adjust editing, and filters, all powered by the Chrome browser's Native Client tech. Not familiar with how that works? Google brought Native Client to Chrome back in 2011, and it allows developers to port code written in languages like C and C++ so it runs in the browser. Vic Gundotra said on Google+ that this is the Snapseed app built for Chrome, so we'll see if more mobile apps and features follow it over.

If you're not using Chrome you'll have to live with basic crop and rotate editing tools on Google+, but even those have been shifted around to make them easier to find. Once the new options are available on your account (as usual, they're rolling out slowly over the next few weeks) all you'll need to do is select one of your photos in Chrome and hit "edit" to see them. Until then, check out the video demo embedded after the break.

Source: Josh Haftel (Google+)
Coverage: Vic Gundotra (Google+)
In this article: browser, chrome, filters, google, googleplus, nativeclient, photo, photoediting, pictures, snapseed
All products recommended by Engadget are selected by our editorial team, independent of our parent company. Some of our stories include affiliate links. If you buy something through one of these links, we may earn an affiliate commission.