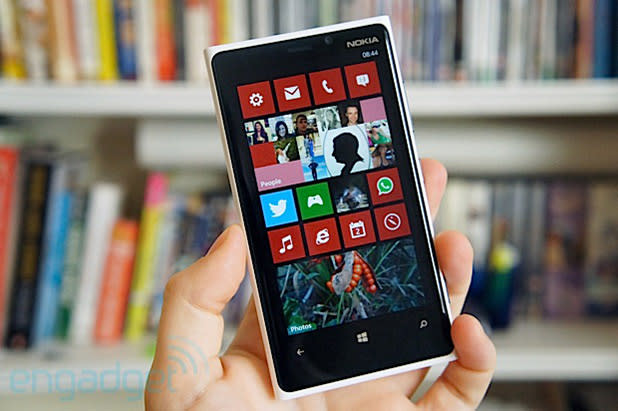 Bluetooth low energy compatibility arrived on select Nokia Lumia models (520, 620, 625 and 720) through the Amber update, but now it's making its way to the rest of the line. A new FAQ entry on Espoo's website has confirmed that the feature will come to all devices in the range (even the more high-end ones) via the upcoming Lumia Black update. The Bluetooth 4.0 mode mode uses less power than traditional Bluetooth data connections, and its arrival will allow all Lumias to connect with accessories and other gadgets that use the technology exclusively. Nokia has yet to reveal when Black will be released, but we'll update you faster than a Bluetooth transfer as soon as we find out.

In this article: black, bluetooth, BluetoothLowEnergy, BluetoothSmart, lumia, lumiablack, mobilepostcross, nokia, update, windowsphone, windowsphone8, wp8
All products recommended by Engadget are selected by our editorial team, independent of our parent company. Some of our stories include affiliate links. If you buy something through one of these links, we may earn an affiliate commission.