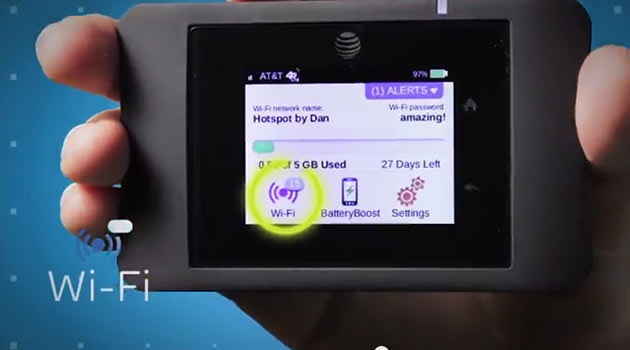 The follow-up to AT&T's Unite LTE hotspot has arrived in time to keep folks connected during their holiday travels. Like its predecessor, the newly launched Unite Pro has a 2.4-inch touchscreen panel where users can change the WiFi network's info, as well as monitor usage and battery life. The Unite Pro, however, ups the ante by connecting to as many as 15 gadgets, while promising up to 16 hours of use in one charge and having the capability to juice up a device jacked into it. What's more, the portable modem even packs LTE-A and dual-band WiFi support. Those upgrades do come at a premium -- while the original Unite cost mere 99 cents with a two-year contract, the Unite Pro will set you back $50 up front when it's available on November 22nd. Feeling particularly jazzed about the hardware? Head past the break for a video overview.

Source: AT&T
In this article: att, hotspot, LTE, LteHotspot, mobilepostcross, wifi
All products recommended by Engadget are selected by our editorial team, independent of our parent company. Some of our stories include affiliate links. If you buy something through one of these links, we may earn an affiliate commission.