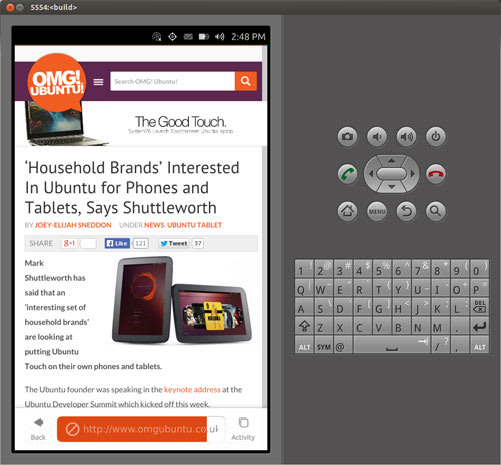 Ubuntu's touch-based (read: mobile) OS is still finding its footing with users (and a hardware home to call its own), but the outfit's paving the way for developers to get onboard. An experimental emulator for the mobile OS has just been released that apes much of the feel, and occasionally the look, of Android's own emulator for desktop. As it's currently a work-in-progress, not all of the functionality is available at the outset. ADB, SSH access and serial console are all turned 'on' by default, but you'll need to fuss with the emulator to enable things like Powerd and "a few other services." There are also some non-responsive UI bits to deal with, since the provided keyboard layout is somewhat unworkable, but no doubt future releases will see these rough edges ironed out. That said, it's a good way for devs and non-devs alike to glimpse the Ubuntu experience on mobile.

Source: OMG! Ubuntu!, Ubuntu
In this article: Canonical, emulator, Ubuntu, ubuntutouch
All products recommended by Engadget are selected by our editorial team, independent of our parent company. Some of our stories include affiliate links. If you buy something through one of these links, we may earn an affiliate commission.