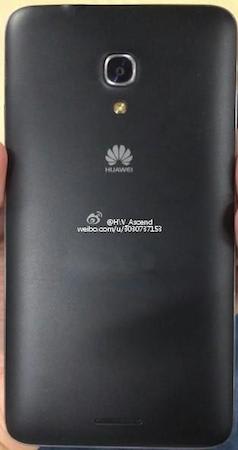 We have seen a number of overly large smartphones come and go since Huawei debuted its Ascend Mate, and it would appear that the company is getting ready to introduce a successor soon. According to recent leaks, the Ascend Mate 2, as it'll presumably be dubbed, will sport a 6.1-inch display similar to its predecessor but with a higher resolution -- namely, 1080p. Internally, Huawei News reports that the next Ascend Mate is set to feature a 1.6GHz, quad-core Kirin910 chip alongside 2GB RAM, 16GB of built-in storage and Android 4.2.2 (with Emotion UI, of course). Obviously, we won't know the definite specs until the day the device is official, so don't make any final judgements just yet. For now, treat yourself to some additional leaked pictures at the source link below.

Via: GSM Arena
Source: Huawei News
In this article: Ascend Mate, Ascend Mate 2, Emotion UI, Huawei, Huawei Ascend Mate, leak, leaked, mobilepostcross
All products recommended by Engadget are selected by our editorial team, independent of our parent company. Some of our stories include affiliate links. If you buy something through one of these links, we may earn an affiliate commission.