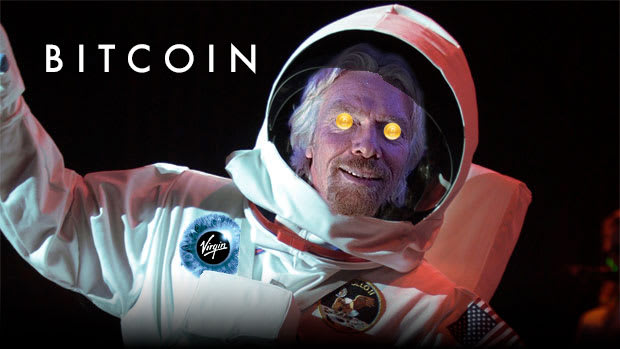 As the value and credibility of Bitcoin continues to skyrocket, Virgin founder Richard Branson now wants to let people use the digital currency to finance a flight into space. Ahead of its first trips next year, Virgin Galactic has already had one "future astronaut" from Hawaii book a Bitcoin-funded ticket and hopes that its affluent clientele will follow suit. An investor himself, Branson has been pushing for governments to regulate the peer-to-peer payment system and believes that today's announcement will give it more credibility. Neither Virgin Galactic nor Branson has indicated just how many Bitcoins you'll need before you get a return ticket to the heavens, but we suspect this isn't the future that Gene Roddenberry was planning.

Want to come to space with @virgingalactic? Now you can pay with #bitcoins! (One future astronaut has already) http://t.co/dYVmSBLVAF

Via: CNBC
Source: Virgin
In this article: bitcoin, richard branson, space, virgin, virgin galactic
All products recommended by Engadget are selected by our editorial team, independent of our parent company. Some of our stories include affiliate links. If you buy something through one of these links, we may earn an affiliate commission.