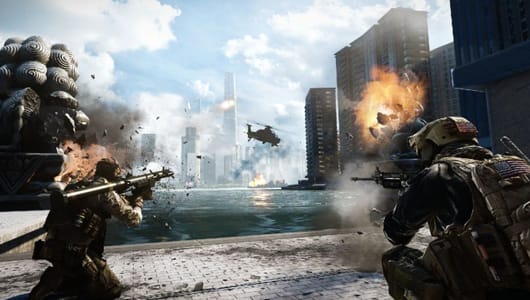 EA has issued an update for Battlefield 4 on the PS4 just now. This update is primarily aimed at curbing the rampant crashes players have been experiencing, but also addresses single-player campaign save file corruption issues and a particular connection bug involving PlayStation Plus.

Battlefield 4 has had a rough go at it on PS4. Since the console's debut, the PS4 version has suffered from numerous crashes. This resulted in EA announcing a fan appreciation event for this coming weekend, where all online players will get double XP and a special M1911 pistol scope previously only available for use by the DICE team.
Source: Battlelog forums
In this article: battlefield-4, crash, crashing, dice, ea, playstation, ps4, server-issues
All products recommended by Engadget are selected by our editorial team, independent of our parent company. Some of our stories include affiliate links. If you buy something through one of these links, we may earn an affiliate commission.