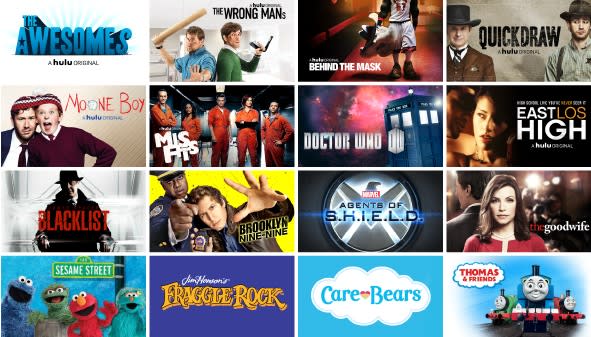 New Hulu CEO Mike Hopkins chimed in this week with the video streaming site's yearly recap, and pointed out a few big numbers as evidence it's headed in the right direction. In 2013 Hulu will top $1 billion in revenue and 5 million paying customers for its Hulu Plus service, which compares to $695 million and 3 million subscribers in 2012, and 4 million subscribers back in April. That's not a bad haul for a site that was almost sold -- again -- and lost former CEO Jason Kilar this year, but while those numbers are up, they were going up faster last year. All the while its competition is getting stronger as Netflix has over 40 million subscribers, Amazon pushes its Prime subscription service with licensed content and new original shows, and the TV networks that feed Hulu roll out streaming sites of their own (Fox Now, Watch ABC).

Still, Hulu's trump card is that it offers current season TV shows many others don't have yet, and Hopkins proudly notes it has seven of the current top ten TV shows ready for streaming at any time. Right now Hulu hosts over 2,900 TV series, with plans to take this year's 20 original series and double that number "over the next few years." Like Netflix and Amazon, Hulu isn't posting viewer numbers, but Hopkins says original shows like The Wrong Mans, Behind the Mask and The Awesomes performed "extremely well" and are among the top 10 shows viewed. We think Hulu could use a drama like House of Cards to pull in viewers next year, but one more year of sale or IPO rumors about it splitting off from owners Disney, Fox and NBC Universal could be just as entertaining. 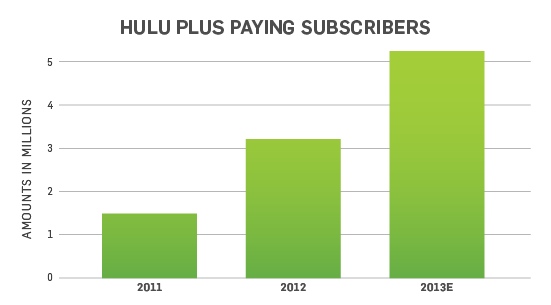 Source: Hulu Blog
Coverage: Variety, The Hollywood Reporter
In this article: 2013, hdpostcross, hulu, huluplus, MikeHopkins, stats, subscribers
All products recommended by Engadget are selected by our editorial team, independent of our parent company. Some of our stories include affiliate links. If you buy something through one of these links, we may earn an affiliate commission.