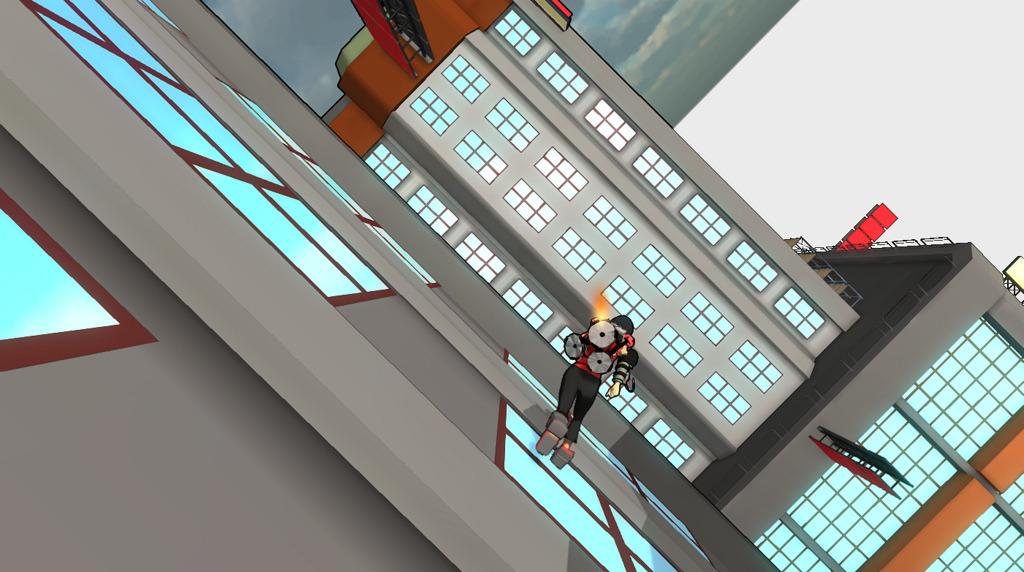 Energy Hook will launch on PlayStation 4 and PS Vita this year, before it heads to PC, Mac and Linux in full, creator Jamie Fristrom revealed in a recent PlayStation Blog. The game earned $41,535 on Kickstarter in June 2013 to come to PC.

Energy Hook is a 3D swinging action game in which players get style points for running along walls and performing tricks mid-flight from rooftop to rooftop. Players will also use gravity beams and boots as well as jetpacks (naturally) to amp up the action in the "extreme sports of the future" game.

Fristrom was the technical director and designer of Activision's Spider-Man 2 game, and created the game's swinging system. Fristrom left Activision to create Energy Hook, and was turned down when pitching to Sony's Pub Fund before taking to Kickstarter to fund the game. The game's crowdfunding support clearly turned a few heads at Sony, enough to bring the game to PS4 and Vita. Some backers of the project have access to the game's PC beta version through the Humble Store, which received a new build in December, per an update on the Kickstarter page.

Update: Fristrom has since clarified that Energy Hook will launch concurrently on PC with PS4 and Vita.
In this article: action, CrowdFunding, energy-hook, happion-laboratories, happion-labs, indie, jamie-fristrom, kickstarter, playstation, playstation-vita, ps4, SONY, swinging, vita
All products recommended by Engadget are selected by our editorial team, independent of our parent company. Some of our stories include affiliate links. If you buy something through one of these links, we may earn an affiliate commission.