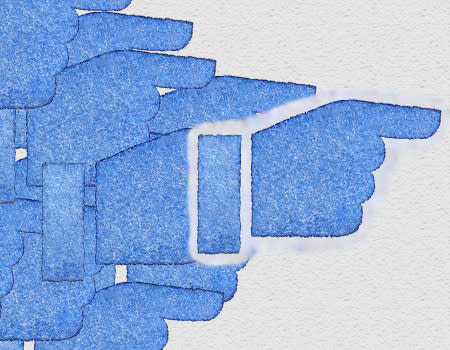 Yesterday was Facebook's 10th anniversary and the social network's presence on Apple's mobile devices is huge. The official Facebook app and Facebook Messenger are the two must-have apps from the company, with the newly released Paper showing promise as well. Then you have the Facebook Pages Manager and Facebook Camera, which target narrower segments of the overall user base and have been met with a lukewarm response overall. And then there's Poke.

Regardless of whether or not anyone at Facebook had an idea for a timed, expiring-messaging app previous to Snapchat's release in 2011, Poke's debut in late 2012 will forever be seen as the company's most transparent attempt to simply grab an existing idea and slap a coat of blue paint on it.

To be clear, there's nothing wrong with that strategy, and many extremely successful ideas (including some from Apple) started with other companies. It's the reality of many industries, and tech is no different. However, the company doing the adopting still needs to convince the end user that its version is worth using in place of the original, and Facebook never did that with Poke. In fact, it never really even tried.

Everything from the app's description in the App Store -- which consists of five brief bullet points and nothing more -- to Facebook's complete abandonment of the app after its release has given it a very cheap vibe. It's the dollar store version of a proper social app.

There are plenty of reasons that Poke didn't overtake Snapchat as the go-to disposable-messaging service (and never will), but there are two that I think played the biggest roles:

First, the initial reaction among Snapchat users was extremely negative. By the time Poke launched, Snapchat was already a massive force, and regardless of whether the majority of Snapchat users also had Facebook accounts, it felt very much like Poke was a ripoff. This is evident in Poke's user reviews, where the single most popular rating is one star. The reviews include things like, "They made Snapchat" and "Is this a joke?" and even calls for all-out Facebook boycotts that obviously never materialized.

The second reason -- and what I think may actually be the biggest factor in Poke's long-term demise -- is that sending a message as you would on Snapchat isn't necessarily something you want to do with Facebook friends. Facebook has built itself around identity and real-life friends and family. Snapchat is the exact opposite.

It's often simply referred to as "the sexting app," but that pejorative label hints at the bigger picture; Snapchat is about mystery. You get a message knowing it will only last a matter of seconds. What could it be? Will it be funny? Will it be mean? Will it be naughty?

Personally speaking, I've never used Snapchat with someone I am good friends with in the real world, and I don't think I'd ever want to. I don't need a 10-second glimpse into the life of a good friend. I have no reason to send a family member a photo or video that disappears after a blink. But peeking into a world I'm not familiar with -- which could make me smile, laugh, cringe or gasp -- is the kind of small treat that ensures I'll never delete Snapchat from my phone.

Facebook seemed to realize pretty quickly that there was little reason to devote any additional resources to Poke. The app was released in December 2012, and it's been updated exactly zero times so far. That's 14 months without a single new feature, tweak or adjustment.

In a way, it's somewhat surprising that Poke still exists at all. What's not surprising is that it's the least popular Facebook app in terms of ratings, and it will likely remain that way until its death. So as we remember a decade of social networking, spare a thought for Poke, because no one else will be.

In this article: facebook, iOS, iPad, iPhone, poke, snapchat, social network
All products recommended by Engadget are selected by our editorial team, independent of our parent company. Some of our stories include affiliate links. If you buy something through one of these links, we may earn an affiliate commission.