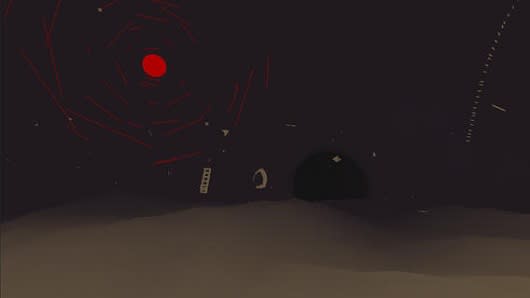 English music group Radiohead launched its own interactive app on iOS and Android today called PolyFauna. The app is an "experimental collaboration" with design studio Universal Everything, and is free to download.

While it's not a game in the traditional sense of the word, PolyFauna presents users with an abstract, evolving world viewed from a first-person perspective. Viewers float through the world, turning their devices to view the artistic environment around them and follow a floating red dot to seemingly "warp" to a new area. The app uses imagery and sounds from Radiohead's song "Bloom."

The band described its inspiration for PolyFauna as coming from "an interest in early computer life-experiments and the imagined creatures of our subconscious."
[Image: Radiohead]
In this article: android, app, art, bloom, design, experimental, ios, ipad, iphone, mobile, music, Radiohead, universal-everything
All products recommended by Engadget are selected by our editorial team, independent of our parent company. Some of our stories include affiliate links. If you buy something through one of these links, we may earn an affiliate commission.