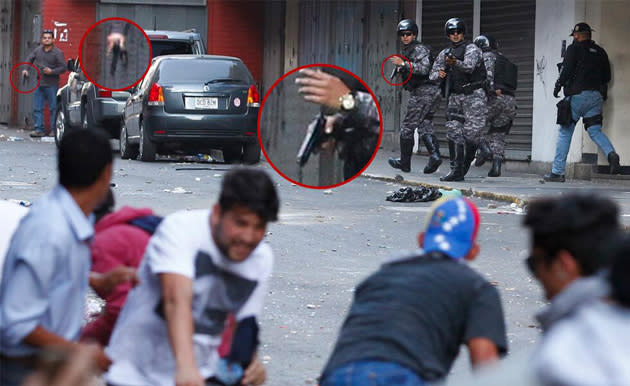 Venezuela's government has been trying to silence protests over shortages of basic goods, and that crackdown appears to be extending into the digital realm as well. A Twitter spokesperson tells Engadget and Bloomberg that pictures on its social network are "currently blocked" for at least some users. The country hasn't confirmed anything, but President Nicolas Maduro has already taken a TV station off the air after it showed unflattering protest footage (pictured here); this may be just a continuation of his policy. Whatever is taking place, Twitter is encouraging Venezuelans to sign up for text message updates to keep the news flowing. And locals can take comfort in knowing that government attempts to censor online content aren't always effective at crushing dissent -- if there's enough demand for political change, it can happen.

In this article: censorship, demonstration, internet, protest, protests, sms, socialnetworking, twitter, venezuela
All products recommended by Engadget are selected by our editorial team, independent of our parent company. Some of our stories include affiliate links. If you buy something through one of these links, we may earn an affiliate commission.