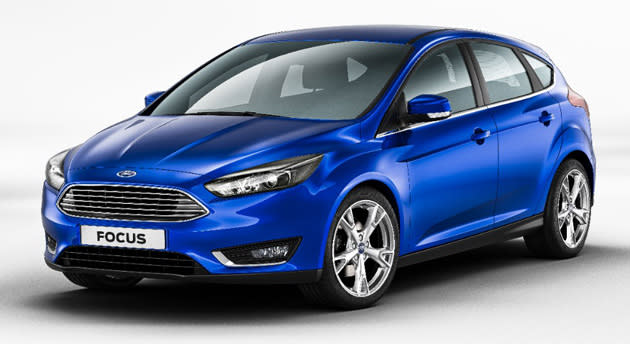 Europe regularly gets Ford's latest cars, but it hasn't been so lucky with Sync -- the continent typically has to make do with the basic version rather than MyFord Touch. Locals won't have to settle when the 2015 Focus rolls out in the second half of the year, though. The redesigned car will bring Sync 2, which is effectively MyFord Touch under a new name; drivers get a similar 8-inch touchscreen interface with sophisticated control over the climate system, media playback, navigation and AppLink support. The 2015 refresh should bring a few welcome tech upgrades no matter where you live, including a now-standard rearview camera as well as optional blind-spot detection and lane warnings. Ford isn't giving out prices at this stage, although we wouldn't expect this newest Focus to cost much more than the outgoing model.

In this article: applink, car, focus, ford, infotainment, mwc2014, myfordtouch, sync, sync2, transportation
All products recommended by Engadget are selected by our editorial team, independent of our parent company. Some of our stories include affiliate links. If you buy something through one of these links, we may earn an affiliate commission.