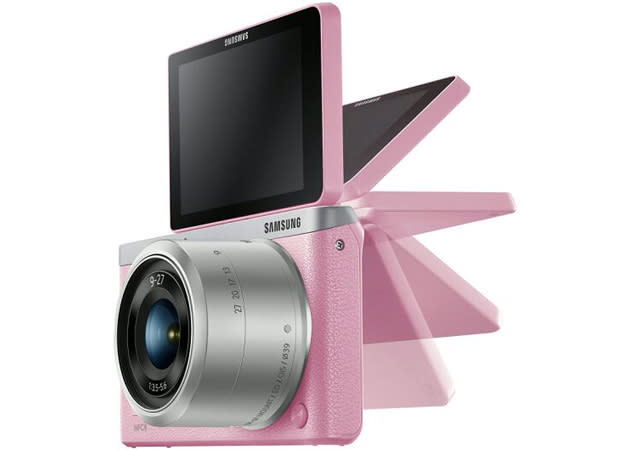 Samsung's mirrorless cameras have so far been on the large side due to their DSLR-sized sensors, but the company may be ready to go small... very small. NXRumors claims to have leaked imagery for the NX mini, a tiny shooter that would use a 1-inch, 20-megapixel sensor like that in Sony's RX100 Mark II. The technology shift would lead to a body under 1.4 inches thick, and removable lenses that are borderline cute; the initial lineup would include both a 9mm fixed distance lens and a 9-27mm standard zoom. Despite the compact frame, there would be room for a 3-inch flip-up LCD, a built-in flash and the horsepower to shoot at a continuous 22 frames per second. Rumors have the NX mini launching within a month's time. Pricing is still up in the air, although the sensor choice suggests that the mini would be at the low end of Samsung's camera spectrum.

In this article: camera, leak, mirrorless, nx, nxf1, nxmini, rumor, samsung
All products recommended by Engadget are selected by our editorial team, independent of our parent company. Some of our stories include affiliate links. If you buy something through one of these links, we may earn an affiliate commission.