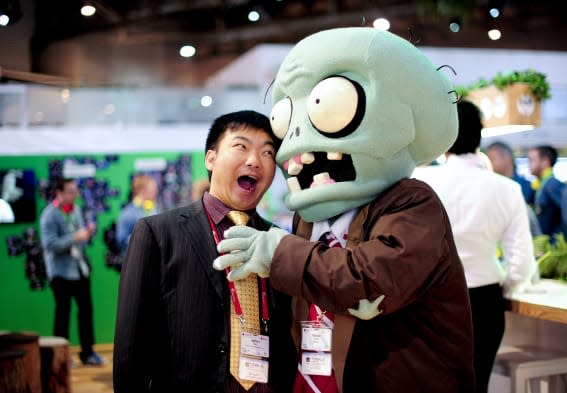 In Barcelona we all tried to thrive
And strove to not imbibe too many beers
When Samsung trotted out the GS5
Then shortly after highlighted new Gears.

Mozilla's and Ubuntu's phones seemed cheap,
Along with some of Waterloo's new wares,
But Sony's flagship stuff's atop the heap
And Blackphone puts an end to snooping scares.

Though what of HTC and LG, too?
Those also-rans with rivals large and strong?
They talked of their Desires and G Pro 2
While we were wond'ring if Nokia's wrong.

It wasn't long before the show had ended
And we'll be back next year, our livers mended.

In this article: mobilepostcross, mwc, mwc14, mwc2014, roundup, sonnet
All products recommended by Engadget are selected by our editorial team, independent of our parent company. Some of our stories include affiliate links. If you buy something through one of these links, we may earn an affiliate commission.