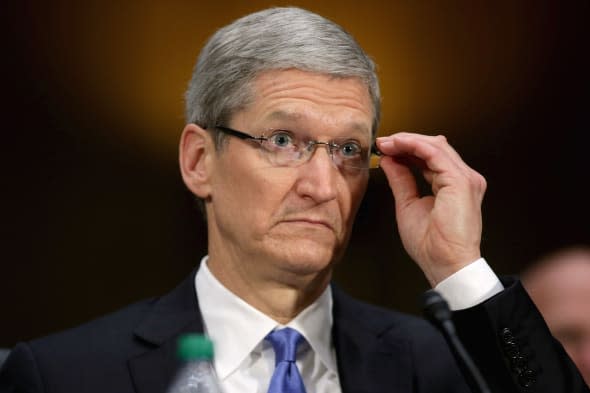 During Apple's annual shareholder meeting yesterday, a representative from The National Center for Public Policy Research -- a conservative think tank -- got up and sought an assurance from Tim Cook that Apple's sustainability efforts would only be pursued if deemed to be profitable.

Bryan Chaffin of The Mac Observer was in attendance and described Cook's response as follows:

What ensued was the only time I can recall seeing Tim Cook angry, and he categorically rejected the worldview behind the NCPPR's advocacy. He said that there are many things Apple does because they are right and just, and that a return on investment (ROI) was not the primary consideration on such issues.

"When we work on making our devices accessible by the blind," he said, "I don't consider the bloody ROI." He said that the same thing about environmental issues, worker safety, and other areas where Apple is a leader.

But Cook wasn't yet finished. He reportedly looked the NCPPR representative dead in the eyes and said, "If you want me to do things only for ROI reasons, you should get out of this stock."

Political leanings aside, it's somewhat absurd for anyone to think that Apple's profitability is the least bit threatened by efforts to be more environmentally and socially conscious. The only companies on the planet generating as much money as Apple are oil and gas companies. What's more, Apple is the only company in the last five years -- with the exception of Gazprom in 2011 -- to post a quarterly profit over $12 billion. In the last two years alone, Apple has had four such quarters. Of all the things people like to rag on Apple for, you would think that Apple's unparalleled ability to generate more cash than it knows what do with would be the one issue people could agree on.

On a final and completely unrelated note, Cook said during the shareholders meeting that Apple has acquired 23 companies in the last 16 months alone.

In this article: shareholders, shareholders meeting, tim cook
All products recommended by Engadget are selected by our editorial team, independent of our parent company. Some of our stories include affiliate links. If you buy something through one of these links, we may earn an affiliate commission.