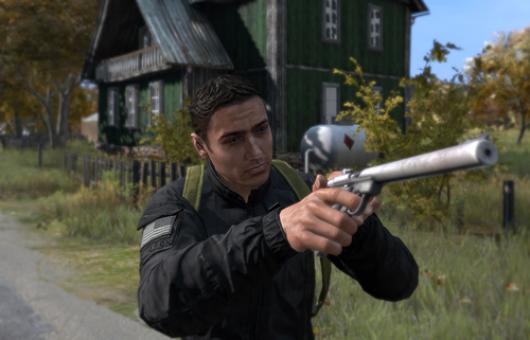 Bohemia Interactive is adding new people to the DayZ development team, "effectively doubling the whole project," the studio writes in an update on Tumblr.

Bohemia is currently focused on fixing key bugs and starting work on new features, and last week it began developing a cooking system inspired by The Indie Stone's Project Zomboid. Players place food in a stove or fireplace, where it cooks or turns into edible things such as soup, and the items can become overcooked or cold. March signals a focus on survival mechanics, Bohemia says.

DayZ creator and project leader, Dean Hall, plans to leave Bohemia Interactive by the end of the year to start his own studio in New Zealand. The team expansion and Hall's departure announcement are unrealated, Bohemia tells Polygon.

"I have a specific use," Hall said in last week's announcement. "I'm really good at risk-taking and making other people take risks, I've always been good at that in my life. But eventually, that's the bad person to have. Eventually, you don't want the guy telling you to go over the top and get through. So at some point I'll be a disaster for the project, at least in a leadership role."
In this article: bohemia-interactive, day-z, pc
All products recommended by Engadget are selected by our editorial team, independent of our parent company. Some of our stories include affiliate links. If you buy something through one of these links, we may earn an affiliate commission.