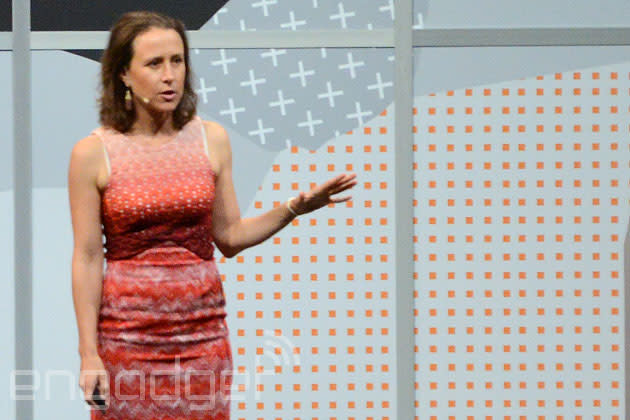 Anne Wojcicki and her genetic sequencing company 23andMe are locked in a battle with the FDA. Even though it can't report results to customers right now, Wojcicki isn't letting herself get bogged down in the present. At SXSW 2014 she laid out her vision of the future of preventative medicine -- one where affordable genome sequencing comes together with "big data." In addition to simply harvesting your genetic code, the company is doing research into how particular genes effect your susceptibility to disease or your reaction to treatments. And 23andMe isn't keeping this information locked down. It has been building APIs that allow it to share the results of its research as well as the results your genetic tests, should you wish to.

It's when that data is combined with other information, say that harvested from a fitness tracker, and put in the hands of engineers and doctors. In the future she hopes that you'll see companies putting the same effort into identifying and addressing health risks as they do for tracking your shopping habits. Target famously was able to decode that a woman was pregnant before she told her father, based purely on her purchase history. One day that same sort of predictive power could be harnessed to prevent diabetes or lessen a risk for a heart attack. Whether or not that future is five, 10 or 15 years off is unclear. But if Wojcicki has her way, you'll be able to pull up health and lifestyle decisions recommended for you with the same ease that you pull up suggested titles on Netflix.

In this article: 23andme, Anne Wojcicki, genetics, health, sxsw2014
All products recommended by Engadget are selected by our editorial team, independent of our parent company. Some of our stories include affiliate links. If you buy something through one of these links, we may earn an affiliate commission.