Why streaming isn’t the savior of canceled film festivals 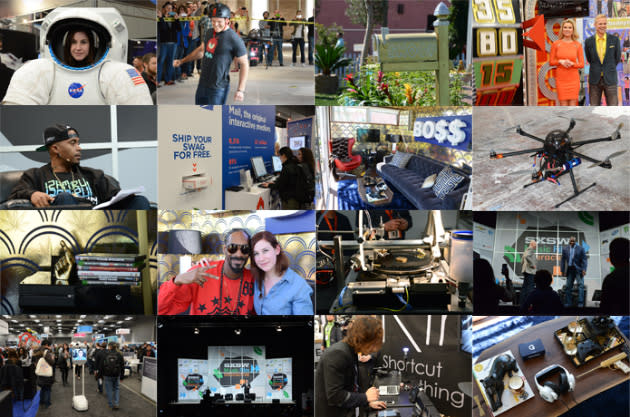 SXSW Interactive can hardly match the significance of CES, MWC or IFA when it comes to consumer electronics launches, but there's always a ton of awesome gear to see. This year, Chaotic Moon's "CUPID" stun copter was perhaps the most shocking innovation, but IBM's Watson-powered food truck, a Leap Motion-equipped Oculus Rift and Neil Young's PonoMusic player also dominated on the gear front. In between hands-on demos, we caught up with Aereo, BlackBerry, Shaquille O'Neal and even Snoop Dogg, while also sitting in on SXSW sessions featuring the likes of Edward Snowden and 23andMe's Anne Wojcicki. We say farewell today, but South-by 2014 will live on for a few days to come, with hundreds of concerts and other events dominating the seemingly countless performance venues in Austin, Texas. 34
In this article: sxsw, sxsw2014, wrapup
All products recommended by Engadget are selected by our editorial team, independent of our parent company. Some of our stories include affiliate links. If you buy something through one of these links, we may earn an affiliate commission.