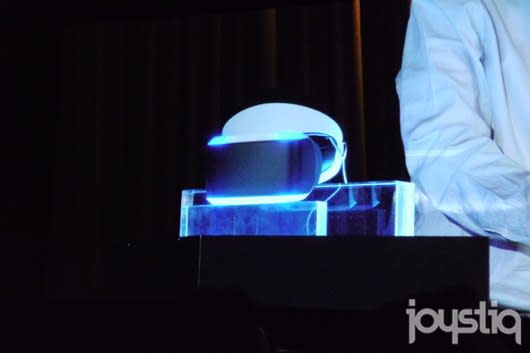 After all the rumors and speculation, Sony revealed its virtual reality-oriented headset, Project Morpheus. We'll have hands-on time with the hardware in the evening, but Reviews Content Director Richard Mitchell and Senior Reporter Jess Conditt sat down to give us their thoughts following Sony's reveal at GDC 2014.

While there's a lot left about the device to learn, including final specifications and a price, Richard and Jess recap what is known, as well as what Project Morpheus might have that can trump the Oculus Rift.
In this article: gdc-2014, headset, oculus-rift, project-morpheus, sony, virtual-reality, vr
All products recommended by Engadget are selected by our editorial team, independent of our parent company. Some of our stories include affiliate links. If you buy something through one of these links, we may earn an affiliate commission.