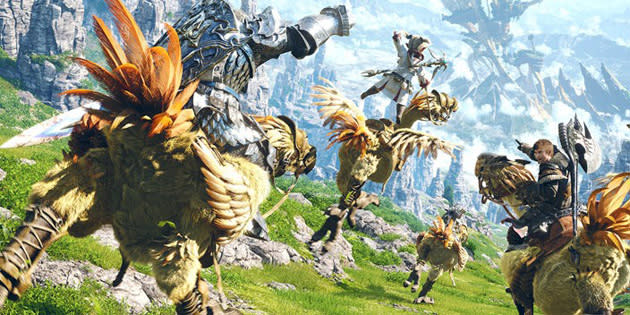 Fans of online role-playing games haven't had much to do on the PlayStation 4 so far, but that's all changing today. Square Enix has just opened up Final Fantasy XIV's PS4 beta test to everyone; from now until the morning of April 7th, you can battle monsters and ride Chocobos just by grabbing a free download from the PlayStation Store. This new beta phase runs on the same servers that PC and PS3 players use, so you should get a feel for real-world gameplay involving thousands of other adventurers. FFXIV doesn't officially arrive on the PS4 until the 14th, but don't fret about having to wait another week to play again -- if the game enthralls you so much that you've pre-ordered (or already have an account), you can start playing on the 11th.

In this article: finalfantasy, finalfantasy14, finalfantasyxiv, gaming, mmo, mmorpg, playstation4, ps4, rpg, squareenix, video, videogames
All products recommended by Engadget are selected by our editorial team, independent of our parent company. Some of our stories include affiliate links. If you buy something through one of these links, we may earn an affiliate commission.