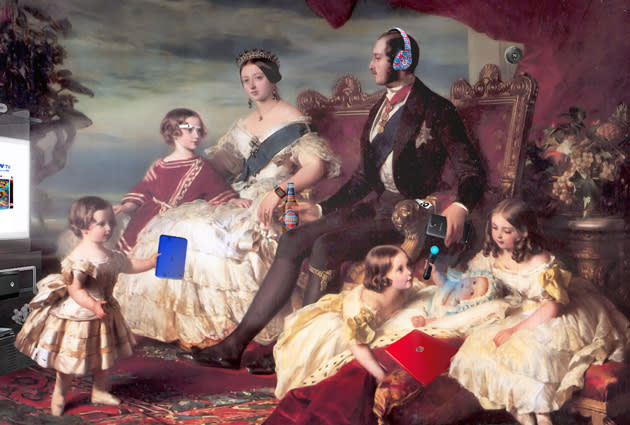 When Engadget launched ten years ago, few predicted how popular it would become. Even fewer (basically, nobody) guessed it'd have an impact three thousand miles away across the Atlantic. Nevertheless, here we are. Despite a thick American accent, we've grown into one of the biggest sources of technology news for British readers. We're proud of that, but we think it's high time we offered something better, so today we're launching something new: the Engadget UK Edition. It won't look hugely different to the Engadget you already know, and it'll contain many of the same US-originated articles, simply because the big stories tend to be international. But Engadget UK will be tailored with more news, reviews and recommendations that are relevant over here, and less content that isn't. We hope you'll like it, but first things first -- we'd better show you how to select which edition you prefer.

That's all there is to it! Rest assured, whichever edition you pick, you'll be getting the same Engadget experience with the same promise of total editorial independence. And if you ever take issue with something we write, or if you have any questions, then we won't be far away. Most of our UK-focused stories will flow from the fingers of Matt Brian (@m4tt) and Jamie Rigg (@jmerigg), and you can say hello to them right now, if you haven't already, via the comments section below. Oh, and be sure to follow our brand new UK Twitter feed: @EngadgetUK. Hooray! Now, let's get back to work...

In this article: hdpostcross, mobilepostcross, uk-feature
All products recommended by Engadget are selected by our editorial team, independent of our parent company. Some of our stories include affiliate links. If you buy something through one of these links, we may earn an affiliate commission.