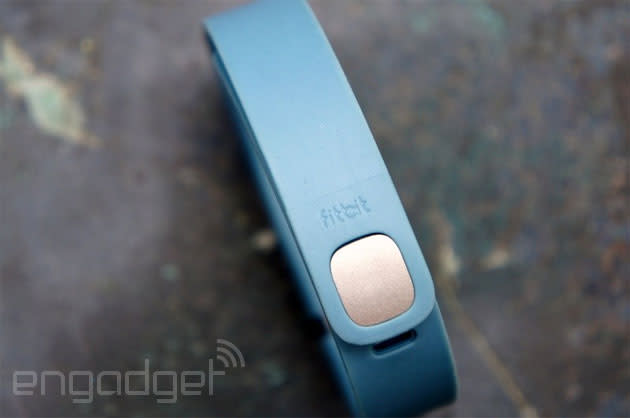 "We want to get to the point where we're trying to launch all our products globally," explains Fitbit founder and CEO James Park, when quizzed on why the company was in Japan, expanding the availability of the Fitbit Flex -- a year-old device that possibly should have been surpassed by the recently withdrawn Force. In the increasingly lucrative field of fitness wearables, Fitbit wants expand its presence in Asia, and this time that includes a new calorie-counting food database dedicated to what's found in a typical Japanese diet, alongside an expanded color range that will total eight different options. Problem-solving aside, the CEO also mentioned the company is already at work on what's next -- and it's unlikely to be a mere lifelogging app or a camera on the strap.

It's sticking with what works -- fitness -- but the technology is going to get an upgrade. "The future for Fitbit is advanced sensors, tracking more about your body. This is where we're going." While the company is often mentioned in the same breath as the likes of Nike and Jawbone, the scale is different: "We're still a relatively small company ... but we're trying to do what's right by our customers." The company offered a voluntary free returns policy to customers that suffered an allergic reaction, although according to Fitbit, this affected around 1.6 percent of its customer base. It mentions that the older Flex still remains its best-selling wearable. Park said, "I don't have anything more to add to what we've already said ... We're investigating it."

Adding to the CEO's comments, Fitbit's Asian-Pacific VP Yolanda Chan said that when the Force [relaunches] in the USA, they intend to hit global rollout to soon after. So if you're still waiting on an OLED display-toting Fitbit, you might have to wait a little longer, but it could well be capable of a lot more than the 2013 model.

In this article: allergy, fitbit, fitbitflex, fitbitforce, recall, wearables
All products recommended by Engadget are selected by our editorial team, independent of our parent company. Some of our stories include affiliate links. If you buy something through one of these links, we may earn an affiliate commission.