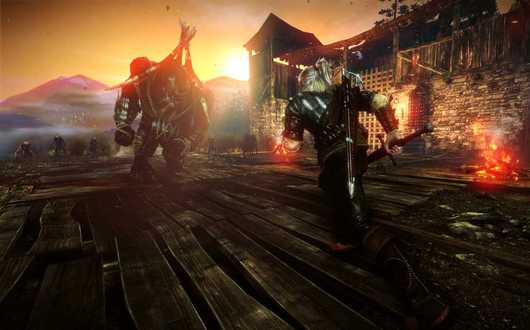 GOG.com started its "Battle of the Games" promotion today, in which players can vote on which games they'd rather purchase at a cheaper rate. The sale offers two sets of three games every morning at 7:00 a.m. ET, accumulating votes throughout the day to determine which set receives a 75 percent discount and which is 60 percent off the next day.

Currently, the digital retailer is pitting the trio of Red Faction and Red Faction 2 as well as Chaser against Unreal Gold, Unreal Tournament and Unreal 2: The Awakening. To get the sale started, GOG.com is also offering discounts on six games for the day: The first three games in the Heroes of Might and Magic series for $2.49 each, Blackguards Special Edition ($22.49) and the enhanced editions of The Witcher ($1.99) and The Witcher 2 ($3.99). The Battle of the Games sale ends April 21.
[Image: CD Projekt Red]
In this article: battle-of-the-games, GOG, gog.com, Heroes-of-Might-and-Magic, mac, pc, red-faction, red-faction-2, sale, The-Witcher, the-witcher-2, unreal-2, unreal-gold, Unreal-Tournament
All products recommended by Engadget are selected by our editorial team, independent of our parent company. Some of our stories include affiliate links. If you buy something through one of these links, we may earn an affiliate commission.