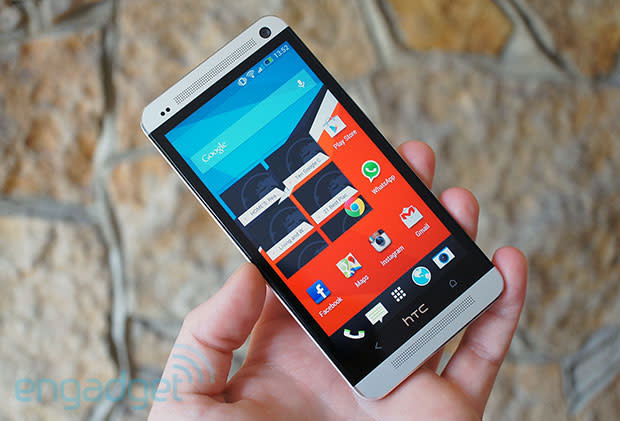 Sorry, HTC, we're still not going to call it the "Sixth Sense." That's the phone maker's name for Sense 6, the latest version of its Android user interface. For the uninitiated, this is the update that comes preloaded on the new HTC One (M8) but is still in the works for older devices as well. Jason Mackenzie, the President of HTC America, announced today that we can expect Sense 6 to show up on the original One by the end of May.

Announcing a release timeframe is a pretty daring declaration for Mackenzie. Basically it means that HTC now has a self-imposed deadline of May 31st to get the new update pushed through carrier certification (for multiple networks in the US and Canada) and over the air, and it's often nearly impossible to predict how difficult that process will be. Given the usual delays, it's a pretty fair bet that Sense 6 will get out to unlocked versions of the original One in other parts of the world well before then, since the update doesn't need to go through the intense network testing already required in North America.

We've reached out to HTC to see when the global units will get Sense 6, and we'll keep you posted as soon as we hear back. The update is also planned for the One mini and One max, but we still haven't heard any news on when to expect them to get it.

In this article: cominginmaydontdelay, google, htc, htconem7, iseedeadpixels, m7, m7m7m7, mobilepostcross, onem7, sense6, sixthsense, theydontknowtheyredead
All products recommended by Engadget are selected by our editorial team, independent of our parent company. Some of our stories include affiliate links. If you buy something through one of these links, we may earn an affiliate commission.