Future Android update will show how apps are draining your battery

Microsoft Windows 8.1 'Blue' public preview will be released at Build in June 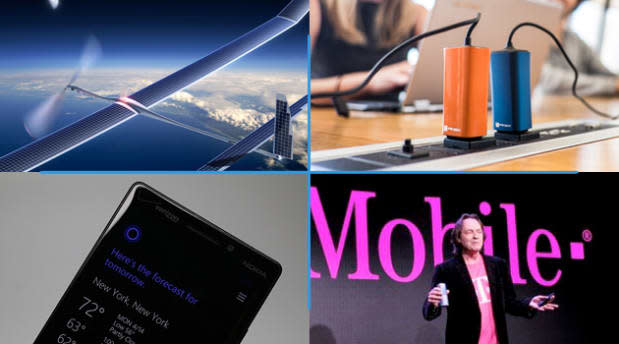 T-Mobile's continuing its uncarrier revolution by ending all overage fees across the board -- even if you're on a grandfathered plan. Users with heavy data usage will still be throttled, though. See that? That's the world's smallest laptop adapter, and it's available on Kickstarter for just $79. Called the Dart, this charger is four times smaller than its contemporaries and includes a 2.1A USB port. Earlier today, Google agreed to buy Titan Aerospace, a solar-powered drone manufacturer that had previously been in talks with Facebook. According to the Wall Street Journal, the company plans to use the high-flying aircraft in collaboration with its Project Loon.

In this article: 8.1, dart, drone, facebook, google, kickstarter, tdr, titan aerospace, tmobile, windows phone 8.1, WP8.1
All products recommended by Engadget are selected by our editorial team, independent of our parent company. Some of our stories include affiliate links. If you buy something through one of these links, we may earn an affiliate commission.