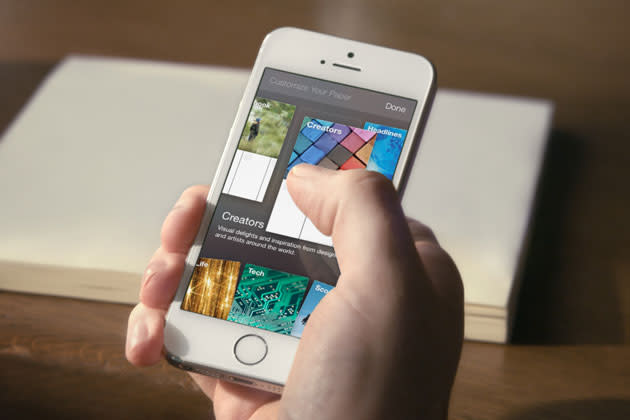 Here's a shocker: Facebook's first major update to Paper, its socially augmented news-reading app, makes it more social. Specifically, the app's 1.1 update now allows users to comment on posts using photos, as well as added birthday and event notifications and tacked on an unread-message counter to help users keep track of Group activity. Facebook hasn't fiddled with the user interface much, but content from Bloomberg, Mashable, Popular Science and six other news sources has been gussied up with new, custom article covers. Oh, and the company says it's made the app run a little faster, too. It's not a game-changing update, but anything's better than forgetting your spouse's birthday -- assuming Facebook's main app didn't already remind you. Has Paper found its way to your home screen? We're running a quick poll: Skip past the break to drop in a vote or leave us a note.

In this article: facebook, news, paper, poll, reader, social, wedgies
All products recommended by Engadget are selected by our editorial team, independent of our parent company. Some of our stories include affiliate links. If you buy something through one of these links, we may earn an affiliate commission.