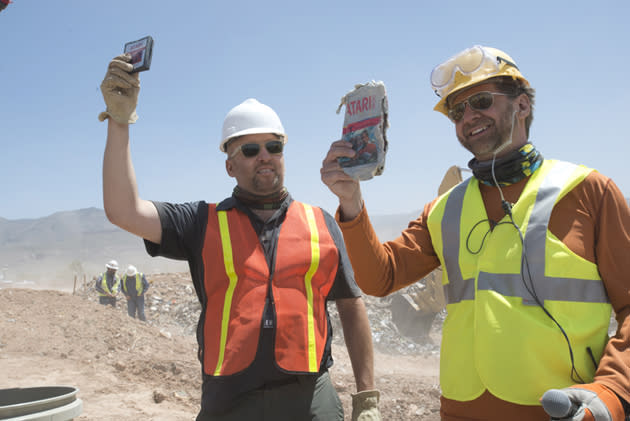 This weekend, Microsoft's project to find E.T. the Extra-Terrestrial videogames buried in the desert succeeded. The video game crash of the early '80s spawned the legend of a movie-licensed game for the Atari 2600 -- developed in just five and a half weeks -- that was so bad its publisher decided to trash thousands of copies rather than try to sell them, and now things have come full circle. We'll have to wait for the AtarI: Game Over documentary on Xbox to get the full story, but there's a new five-minute video ready to take you through the crucial moments of the dig and the people behind it, including the game's designer, Howard Scott Warshaw. In this article: alamogordo, Atari2600, e.t. the extra terrestrial, majornelson, microsoft, video, xbox, zakpenn
All products recommended by Engadget are selected by our editorial team, independent of our parent company. Some of our stories include affiliate links. If you buy something through one of these links, we may earn an affiliate commission.