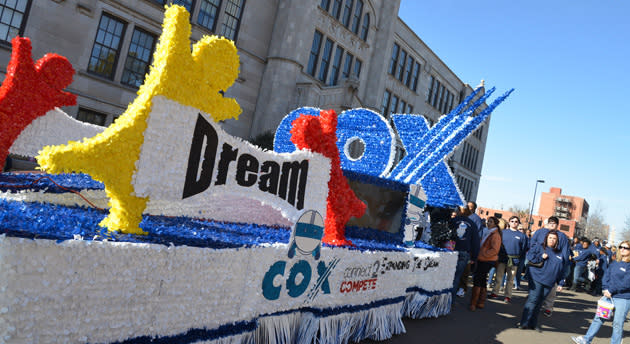 In case there was any doubt that gigabit internet access is spreading like wildfire in the US, Cox has revealed plans to introduce an ultra-fast service of its own. The cable provider tells Bloomberg that it hopes to have 1Gbps speeds available by the end of the year, with news of the initial markets coming in the next two to three weeks. CEO Pat Esser notes that gigabit has been on the cards for a long time, but admits that news from rivals like AT&T and Google tipped Cox's hand -- the company wants to let its customers know that they won't be left in the slow lane.

The news will no doubt cheer customers who otherwise wouldn't get speedy data, but pricing and coverage haven't been announced so far; it's too early to tell if gigabit access will be within your reach. While AT&T and Google both price their service aggressively at around $70, cable providers like Comcast can charge $300 per month for a 300Mbps connection. That's not exactly accessible, and there's no certainty that Cox will undercut those rates. The firm will also have to deploy service quickly if it wants the new offering to be seen as more than an experiment.

In this article: att, cable, cableshow, cableshow2014, cox, coxcommunications, gigabit, gigapower, google, googlefiber, hdpostcross, internet, networking
All products recommended by Engadget are selected by our editorial team, independent of our parent company. Some of our stories include affiliate links. If you buy something through one of these links, we may earn an affiliate commission.