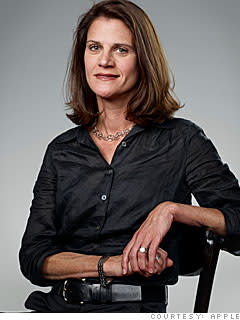 The departure appears to be amicable as Cotton simply wants to spend more time with her family.

During her nearly two decades at Apple, Cotton served as gatekeeper to company co-founder Steve Jobs and current CEO Tim Cook, and guided the media narrative around pretty much everything from the iMac to the iPad. She's long been among the company's most powerful executives and played a key role in shaping the mystique and exclusivity surrounding the Apple brand.

In a statement provided to Re/Code, Cotton explained that the decision to leave was difficult,

"This is hard for me," Cotton explained. "Apple is a part of my heart."

In this article: apple, apple corporate, apple history, katie cotton
All products recommended by Engadget are selected by our editorial team, independent of our parent company. Some of our stories include affiliate links. If you buy something through one of these links, we may earn an affiliate commission.
Share
Tweet
Share