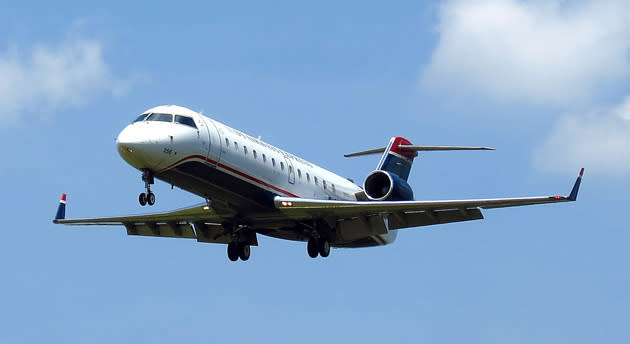 The FAA might not have full legal authority to regulate drones just yet, but it at least has some evidence to support its case for tighter restrictions. The administration's Jim Williams has revealed that an unmanned vehicle nearly smacked into a US Airways jetliner in Florida this past March; it came so close that the pilot was initially convinced there would be damage. While the remote-controlled aircraft was already violating rules by flying at 2,300 feet (it had to stay below 400 feet), Williams used the incident to argue for a better-safe-than-sorry approach to drone rules. It could be "catastrophic" if one of these vehciles gets sucked through an engine, he said.

The FAA already has plans to clamp down; it's proposing rules for commercial drones in November. However, it may be years before these policies take effect. That could be a problem not just for the government agency, but also those wanting to use unmanned craft for everything from ads to journalism. Without clear guidelines, some companies have been eager to test the FAA's limits -- there may well be more legal battles (and potentially, accidents) until there are official rules on the books.

In this article: drone, drones, faa, regulation, transportation, uav, usairways
All products recommended by Engadget are selected by our editorial team, independent of our parent company. Some of our stories include affiliate links. If you buy something through one of these links, we may earn an affiliate commission.