Huawei CFO freed on bail ahead of extradition 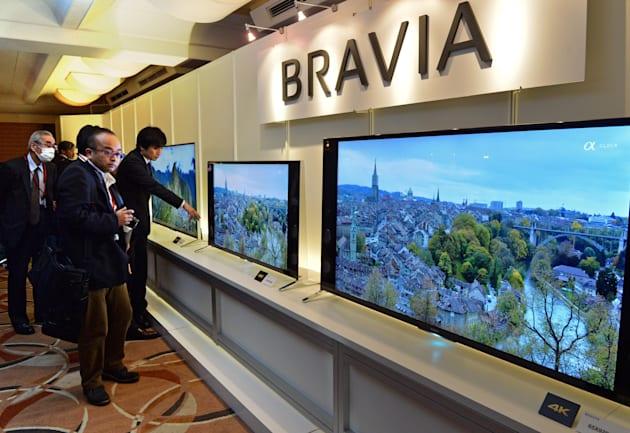 Further heavy losses for Sony: electronics sales (minus phones and gaming) stand at half of the peak seven years. The company's latest financial report is grim reading for its investors -- and its fans. So what happened, Sony? It's new CFO Kenichiro Yoshida gave a starkly honest assessment of his employer's missteps at a conference late on Wednesday. "2014 is the year to finish off our restructuring measures." However, it's not the first time a Sony exec has mentioned rejigging the entire business and that's been one many issues. Changes apparently never cut deep enough. The company was also sluggish to adjust to trends, resisted major changes, had hulking overhead costs and ever-continuing TV troubles --these were all part of the problem.

According to Yoshida, Sony's cost cutting up until now focused on manufacturing, but really didn't affect sales and HQ divisions: tied in with pricey Tokyo real estate and locations. From now, cuts to sales will be around 20 percent, while HQ will see a 30 percent reduction over the next few years. There's no bonuses for CEO Hirai and other top-level executives, which will apparently translate to a 30-50 percent drop in annual pay totals. (Gotta love those bonuses.)

"Since we're in a very difficult situation ... we must not get the priorities mixed up."

Sony's TV arm has apparently totaled losses of around 790 billion yen over the last 10 years, despite annual promises of a profitable turnaround. The head of the arm has changed five years in that time, and the CFO says that steps taken to improve the business simply weren't consistent. Previous restructuring had also stopped short of selling or terminating significant electronics businesses, like TV and PCs -- something that's certainly changed in 2014.

Perhaps the most damning comment from Yoshia was that the entire company had been slow to respond to consumer trends, as financial and entertainment arms continued to provide stable profits. Restructuring only occurred as electronics sales began to falter. Turning Sony into a more cost-effective company comes first, and only then can the company focus on its smartphone imaging and games strategy, said the CFO. "Since we're in a very difficult situation ... we must not get the priorities mixed up."

In this article: cfo, earnings, hdpostcross, sony
All products recommended by Engadget are selected by our editorial team, independent of our parent company. Some of our stories include affiliate links. If you buy something through one of these links, we may earn an affiliate commission.