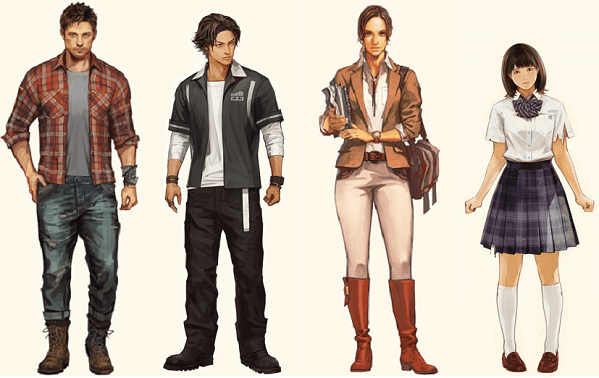 The international mixture comes from the retained American setting, with the Japanese characters visiting the States on holiday - it's always a pain when you have to deal with a zombie outbreak on vacation. It's strikingly a younger cast compared to either Left 4 Dead game, and we wouldn't bat an eyelid if someone told us we were looking at Japan's version of Scooby Doo. Minus the dog, that is, which would be somewhat weird.

Left 4 Dead: Survivors, as it's called, comes to test locations in Tokyo this weekend. To see how else it differs from the original, check out Taito's trailer and the much more involved user interface.
[Image: Square Enix]
In this article: arcades, japan, L4D, Left-4-Dead, left-4-dead-arcade, left-4-dead-survivors, square-enix, taito, valve
All products recommended by Engadget are selected by our editorial team, independent of our parent company. Some of our stories include affiliate links. If you buy something through one of these links, we may earn an affiliate commission.