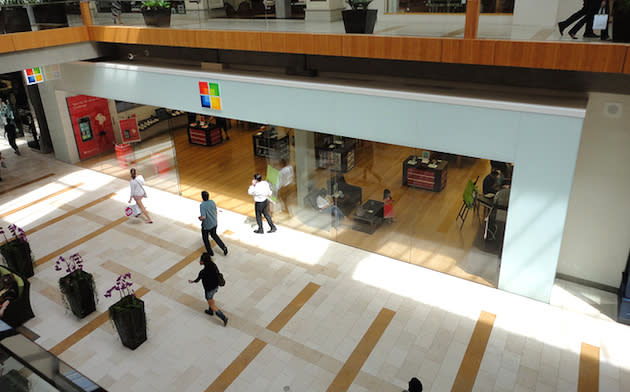 It's weird to think that before Microsoft spent a few billion euros to acquire Nokia's smartphone division, it didn't sell Windows Phone handsets directly on its online UK store. Now that Nokia is officially part of the mothership, Redmond has begun getting its house in order and has made three Nokia smartphones available to buy direct. This means you can order the Windows Phone 8.1-powered Lumia 630 for £129, the Lumia 1320 for £329 and Nokia's current flagship, the Lumia 1520, for £549. A quick shop around might let you pick up the two older smartphones for less, but if you're looking to get a new Windows Phone direct from the source, Microsoft's got you covered.

In this article: lumia, microsoft, microsoft store, mobilepostcross, nokia, windows phone
All products recommended by Engadget are selected by our editorial team, independent of our parent company. Some of our stories include affiliate links. If you buy something through one of these links, we may earn an affiliate commission.