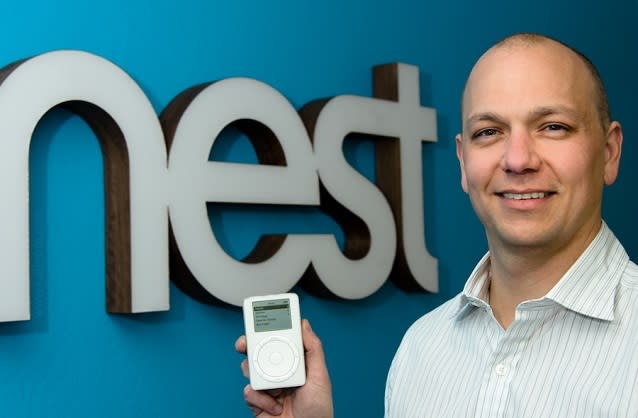 Earlier this week, Adam Lashinsky of Fortune published a lengthy and interesting piece profiling former Apple executive, famed Nest CEO, and current Google employee Tony Fadell. While much is already known about Fadell's ascension to prominence -- from his days at General Magic to Phillips and then to Apple -- the story adds quite a bit of detail to Fadell's childhood and his early efforts at getting Nest up and running.

One of the more interesting facts detailed in the piece is Fadell's frustration that he never got to show the Nest Thermostat to Steve Jobs.

If there's one thing that gnaws at Fadell, it's that he never got to tell Jobs about Nest. The two had corresponded, with Jobs checking in to express interest in Fadell's stealthy startup, which, Fadell had told him, had an energy-conservation aspect to it. (A key selling point to the original Nest device is that it saves electricity by knowing when its owners don't need it.) By the time Fadell was ready to share more in the summer of 2011, however, Jobs had grown gravely ill, and he died several weeks later. "I would have loved to have been able to show it to him, but the timing didn't work," he says. Jobs presumably would have been proud of Fadell.

While Fadell and Jobs certainly had their differences, there's no question that Fadell held Jobs in high regard and learned a whole lot from the Apple co-founder. During a CNN interview earlier this year, Fadell explained how Jobs taught him the importance of creating an exemplary user experience that begins the moment a user opens up a product for the first time.

"It's starting from that very first customer touch point and looking at every single touch point and making sure that there's emotional positive momentum all the way through that experience," Fadell said this past January.

The article also details the pressure cooker that existed during Fadell's tenure at Apple, in large part due to ongoing, yet ultimately productive, tension with Jobs.

Legend has it that Jobs periodically fired Fadell. In fact, Fadell says, he repeatedly quit. One time, after key members of his iPod team had been raided for another Apple project, Fadell informed Jobs he was done, and the CEO asked him to stay, telling Fadell he was overreacting. "I said, 'I'm not overreacting.' I told him I was out. If you didn't stand up for yourself, no one else would." (Fadell says he recanted at least two resignations, having gotten his way each time.)

Also of interest is how and why Fadell opted to get back into the tech game altogether. To that end, Lashinsky details how Fadell, during the period following his retirement from Apple, decided to build a nice vacation home for him and his wife. It was during this process that Fadell realized how rudimentary thermostats on the market truly were. And so, the gears in his head started turning, venture capital was raised, Apple employees were recruited, and Nest was born.

Recently, Google made headlines when it acquired Nest for $3.2 billion. The ramifications from the blockbuster deal remain to be seen, but suffice it to say, Fadell and his team have plans to revamp a number of household products beyond thermostats and smoke detectors.

In this article: Nest, steve jobs, tony fadell
All products recommended by Engadget are selected by our editorial team, independent of our parent company. Some of our stories include affiliate links. If you buy something through one of these links, we may earn an affiliate commission.