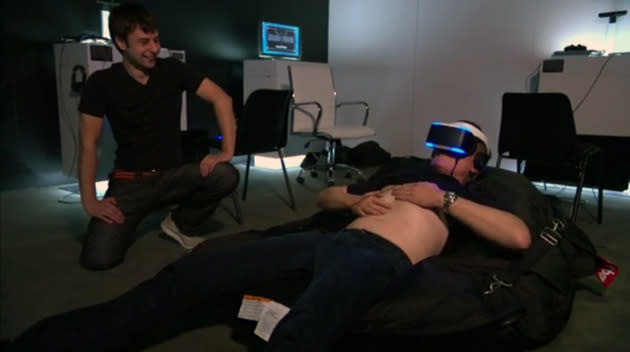 As if the game industry's annual trade show weren't enough of a spectacle on its own, massively tall comedian/talk show host Conan O'Brien took to E3 2014's lavish booths and talked with swaths of attendees for a hilarious recap video. He makes the rounds: luging at Sony's Project Morpheus, high-speed driving in Forza, and making childhood fantasies a reality with Nintendo's gang of ladies (not quite "booth babes," but not quite not either). Sadly, we can't get away with asking crowds of people to applaud our rock-solid run through Hyrule Warriors, but Conan does it and makes it funny. Head below for the full video, but be prepared to set aside about 10 minutes. He's thorough!

In this article: cluelessgamer, conanobrien, e32014, hdpostcross, microsoft, nintendo, sony, video
All products recommended by Engadget are selected by our editorial team, independent of our parent company. Some of our stories include affiliate links. If you buy something through one of these links, we may earn an affiliate commission.