Europe's combat UAV takes to the skies over Italy 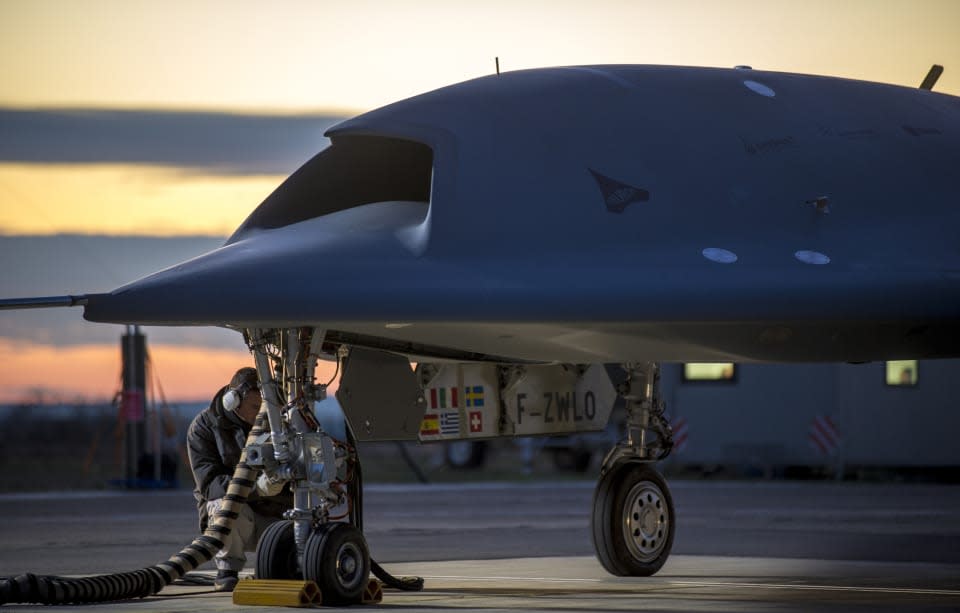 Pictured above, a mechanic works on Neuron, an unmanned stealth drone developed by a group of European nations, led by the French. "nEUROn" is a working concept for an "Unmanned Combat Air Vehicle" and includes fuselage designed by SAAB, Sweden. The craft has a 41 ft wingspan, weighs 10,000 lb when empty and can carry two 500 lb bombs. It first launched in December 2012, and has since completed 50 test flights -- the most recent completed this month. The project won't result in commercial production, instead serving to prove various technologies needed to for the next-generation of combat aircraft on the continent.

In this article: Dassault, drone, neuron
All products recommended by Engadget are selected by our editorial team, independent of our parent company. Some of our stories include affiliate links. If you buy something through one of these links, we may earn an affiliate commission.